Northern Territory (NT) is a self-governing state in the central-northern part of Australia. This part of Australia has a very laidback lifestyle and tropical climate, which attracts many international students every year who enjoy the hotter weather. 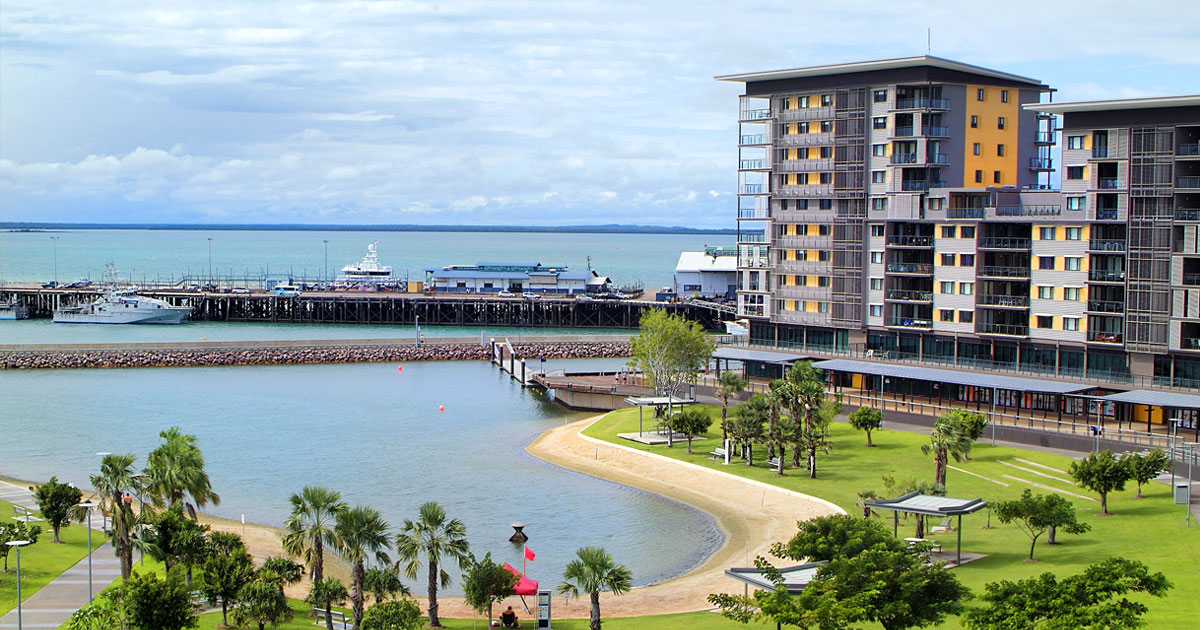 In fact, the Northern Territory was listed in National Geographic Magazine’s top 20 ‘Best of the World’.

The capital of NT is Darwin, a small city in the north of the territory. Here you’ll find a top-class education institution with a range of study options.

Like South Australia, much of the land is sparsely populated, as it is mostly desert (the ‘red centre’), wetlands and rainforest.

It also has more than more than 6,000 kilometres of coastline, where you can explore mangroves, tidal flats, swamps, grasslands, river floodplains, rock formations, gorges and rainforests.

The Northern Territory is hot most of the year with a monsoonal climate – it has a wet season and a dry season. The dry season from May to October has warm days and cool nights. The wet season between November and April can create very humid conditions with balmy nights and very hot days.

The Northern Territory has a very small population of only 245,786 people. Half of the population lives in the capital city of Darwin – around 120,000 people. The other half are spread along the coastal areas, and in towns and Indigenous communities throughout the state.

Northern Territory has a high Indigenous population – around 31% of NT’s population identifies as Aboriginal or Torres Strait Islander.

It also has a large multicultural community with people from more than 145 countries. Around one-quarter of the NT population speaks a language other than English.

The Northern Territory is a leader in renewable energy. It has a strong economy which is led by sectors such as oil and gas extraction, health services, beef cattle production, barramundi, crocodile skins and pearls. Tourism is also a major contributor to the NT economy.

Interestingly, the ninth-largest export in NT is international education and training. This sector creates around 400 jobs and contributes $88 million a year to the Australian economy.

Another booming industry is construction, which increases steadily every year.

Charles Darwin University is the main university in Northern Territory. In 2015, this top-class university was ranked in the top 2% of universities. It has a strong reputation for innovative teaching and research. The university is also a member of Australia’s Innovative Research Universities group.

Vocational education and training (VET) is extremely important in NT. These courses assist international students to gain workplace skills and qualifications in many industries.

International students who want to get part-time or casual work, internships or work placements in the Northern Territory will find many great opportunities.