South Australia is located in the southern-central part of Australia. Like Western Australia, it is extremely arid country, so most residents live in the southern coastal areas of the state. 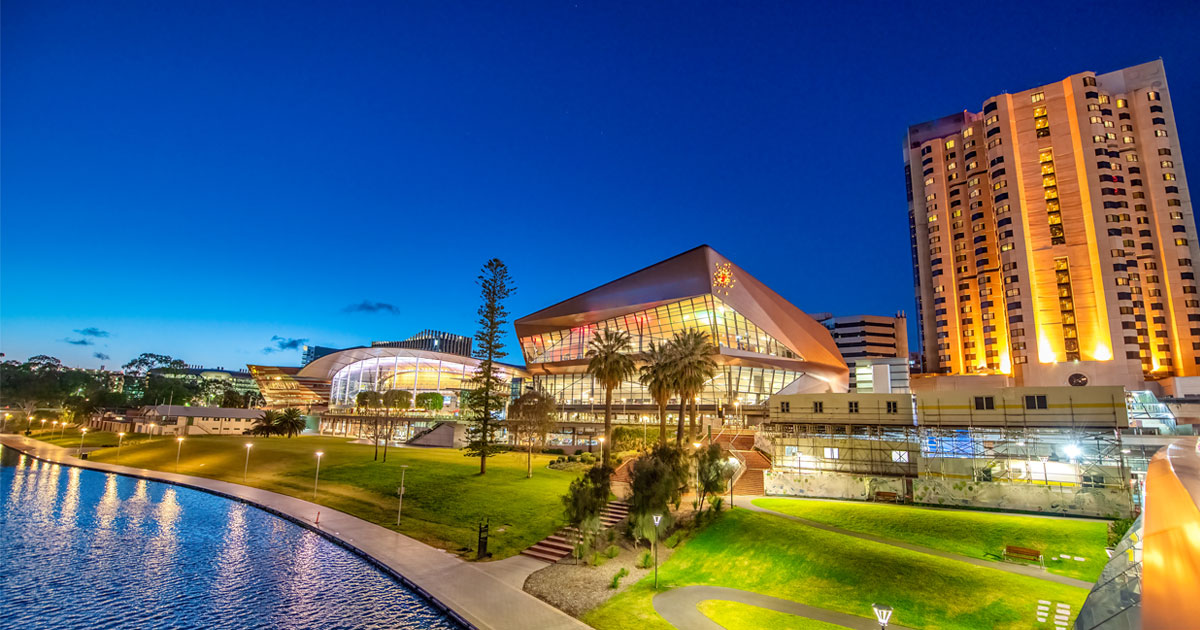 Adelaide, the capital of South Australia, has a strong reputation for world-class education with six universities.

While Adelaide is a smaller city than Sydney or Melbourne, it has a vibrant feel combined with a laidback lifestyle that attracts many international students every year.

South Australia shares a border with every other Australian state except Tasmania. Most of the state is arid land and low mountain ranges.

The most arid parts of the state are in the north and west. Up towards central Australia, you’ll find Lake Eyre and Lake Torrens, which are generally dry salt lakes.

Further south towards the coast, the state becomes more mountainous and lush, with the Mount Lofty Ranges and Flinders Ranges stretching across 800 kilometres of the state.

Along the south-west coast, the Nullarbor Plain covers 1100 kilometres across into Western Australia.

Due to its geography, South Australia is the driest state in Australia. Only one-fifth of the state gets more than 250 millimetres of rain each year. Overall it tends to have hot, dry summers and colder, wet winters. It has been described as a ‘Mediterranean climate’.

Around 1.7 million people live in South Australia – only around 7.14% of the total Australian population. Three-quarters of residents work, live and study in the capital city of Adelaide.

In particular, wine is a booming industry in South Australia. The state produces more than half of Australia’s wine and provides more than 60% of the country’s total wine exports.

South Australia’s economy is also boosted by its renewable resources, oil, gas and minerals. The state produces 25% of the world’s uranium and 37% of Australia’s wind power capacity. These sectors are growing faster every year.

Adelaide attracts many thousands of international students every year to its highly innovative and prestigious universities. In fact this city is considered the ‘hub of education excellence'.

These universities are large enough to have everything students need, but small enough to be easy to navigate and feel like home.