Tasmania is a small island state in the country’s south, separated from the mainland by the Bass Strait. 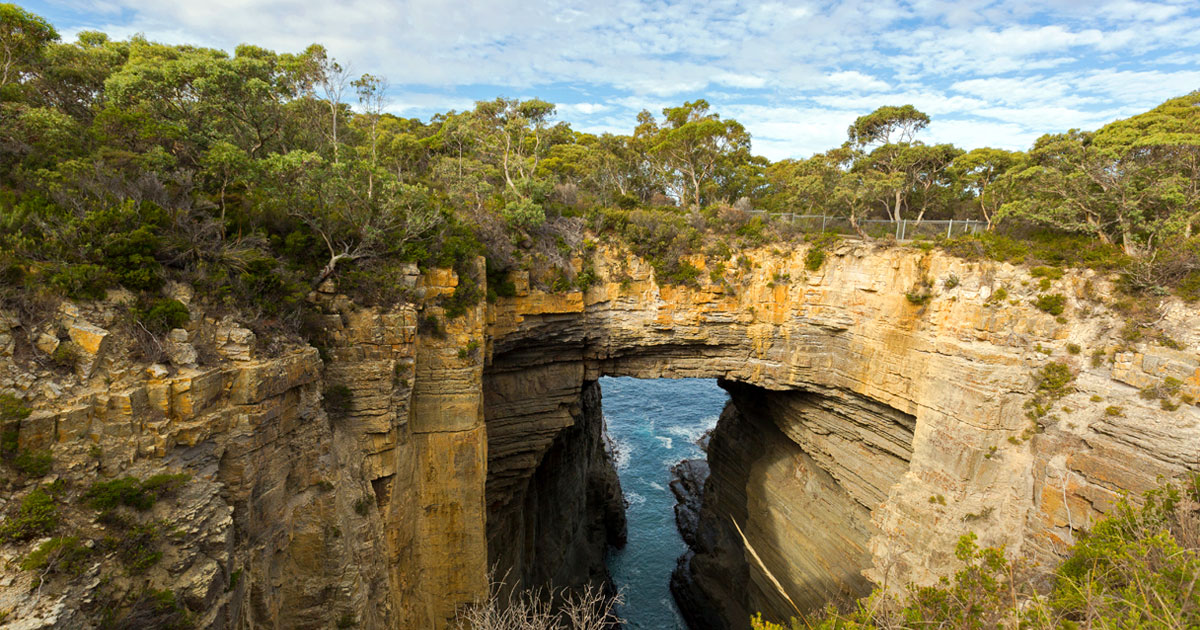 This unique state is known as a ‘natural state’ because half of its land is world heritage sites, national parks and reserves. Tasmania is a gorgeous place to live with picturesque coastal villages surrounded by forests and ocean.

The capital city, Hobart, has a lot of art and culture, and there are many outdoor adventure activities on offer as well.

With its cooler temperatures and cosy, friendly vibe, Tasmania attracts many international students to its shores every year.

The state of Tasmania comprises a major island of 68,401 square kilometres, and 334 smaller islands. Some of the smaller islands are private islands, while most others are protected by conservation laws.

Tasmania is famous for having some of the purest air and clearest skies in the world. In fact, you will be lucky enough to see the stunning Aurora Australis or Southern Lights if you live here.

This state’s diverse and gorgeous landscape includes snow-capped mountains, thousands of kilometres of rural farmland and countryside, and dense forest. One particular forest, the Horizontal Forest, is famous for tree trunks that bend over to the ground.

Tasmania is the coldest state in Australia, with temperatures usually reaching only 20 to 24 degrees Celsius in summer. The winter is very cold, and can get a lot of rainfall and snow.

Just over half a million people live in Tasmania – more than 40% of those in Hobart.

Tasmania’s population isn’t as Indigenous or multicultural as other parts of Australia. Around 65% of Tasmanians are descendants of the 10,000 European families that arrived in Tasmania in the mid-19th century.

Tasmania has a smaller economy than other states, with its major industries being mining, agriculture, forestry, fishing and tourism.

Most of the state’s exports go to Asia. In fact, Japan takes more of Tasmania’s exports than any other country.

International students are attracted to Tasmania for many reasons, including beautiful landscape, cool weather and affordability. The cost of living and housing have been steady for many years, making it the most affordable Australian state to live in.

Tasmania has only one university – University of Tasmania – which ranks very well on global rankings.

This university’s research institute has a strong reputation overseas. Recently, the institute has conducted several exciting research projects, including:

The University of Tasmania offers a wide range of courses in arts, health, business, sciences, natural resources and the environment. You can also specialise in fields such as naval architecture, maritime technology management and Antarctic Science.

When you study at this smaller university, you will get more personalised student support services, such as dedicated student advisors, free English language support, tutors and mentors.

Additionally, TasTAFE is a high-quality technical and further education college in Tasmania with campuses based all around the state.